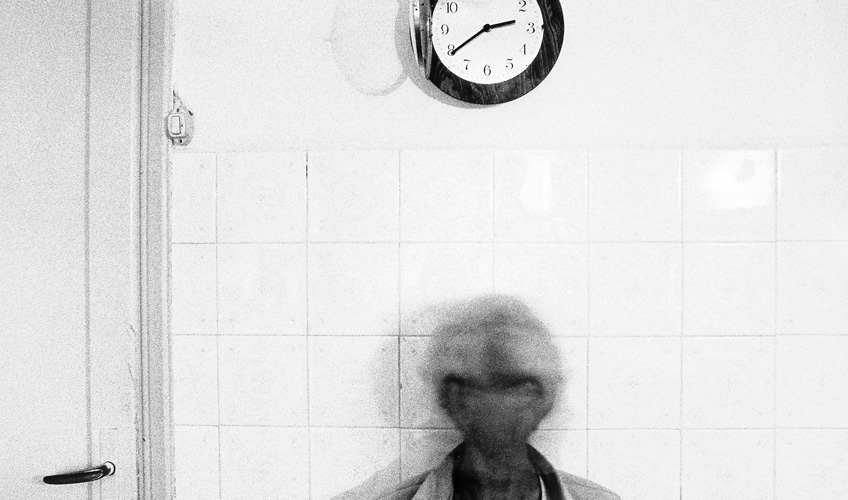 The exhibition presents a selection of photographs taken by Mario Cresci near Tricarico and Barbarano Romano between 1967-1978, when he was living in Basilicata.

Born in Chiavari in 1942, Cresci  studied industrial design in Venice. Between 1966 and 1967, he and the Polytechnic’s urban planning group  – which was created in Venice around sociologist Aldo Musacchio – went to Tricarico, a village in the province of Matera. The project was the implementation of the town’s development plan. Cresci’s task was to handle the project’s graphics and photo surveys of the environment, objects and all aspects of the social and productive life of the community. This was a time when sociologists and intellectuals were being attracted to the south, rediscovered in the light of the narratives of Carlo Levi and anthropological research of Ernesto De Martino.

After this first trip and after a few to Rome, Paris and Milan between 1968 and 1969, Cresci returned to Basilicata and settled in Matera. In 1988 he moved to Milan, and then to Bergamo. He had to make a professional, artistic and existential choice which was not simple. In 1979 he wrote: “I always feel like a Ligurian transplanted by choice into a reality that is now difficult to recognize, similar to that experienced by Fortunato, Salvemini, Croce, De Martino, Levi, Scotellaro and Rossi Doria. By ’68 (…) the so-called “peasant culture” with its rites and its magical world was already going through a crisis and becoming extinct. At the same time, the condition of the intellectual concerned with the south was altered (…). On a subconscious level it is very likely that my attachment to research and work within the Basilicata stems from the fact that my family has peasant roots typical to the hinterland Ligurian communities; nevertheless my relationship with underdevelopment is justified on the emotional level in recognizing myself in such a community; I rather tend to keep a proper attitude regarding planning, aware of my heritage and my past experience, totally different from that of Lucania “.

The long stay in Basilicata allowed him to work on concepts of territory, memory, archive, themes that “naturally” intertwine with the issues of design, the expressive languages and vision, which are central in his work.

1967 was the year of the first Ritratti mossi (a study resumed later in 1974), figures in interiors whose faces are blurry in a moved photo. While objects and places are in focus and are therefore visible, the people are out of focus: newcomer Cresci tries to tell a story of their identity through the physical data of the environment.

Between 1978 and 1979, he produced a series of portraits in Barbarano Romano, returning to the idea of cancelling the appearance of people through the blur effect. He also included himself among them.

From 1977 to 1979 Cresci worked on the theme of memory contained in human artefacts, which led to the book Misurazioni,  Fotografia e territorio, an anthropological work dedicated to the complex world of ephemeral craft objects and peasant culture. He wrote: “I have always been fascinated by the relationship of objects with people, especially those of use, belonging to the material culture of man, those of his history: from the most simple to the most complex tools, up to the most advanced forms of contemporary design”.

Mario Cresci is an undisputed master of photography and contemporary graphic design. His vast work, characterized by great freedom to experiment, interweaves many elements: the analysis of visual perception, photography, graphic design, drawing, anthropological research, the study of the landscape and places of art, installations and site-specific works. A great investigator of visual language codes, materials and concepts of art, he has always mediated his artistic activity with an educational commitment (he was the director of Accademia Carrara in Bergamo, has taught at the Polytechnic University of Milan, ISIA of Urbino, Orientale of Naples, University of Parma, the Ecole d’Arts Appliquées of Vevey, IED, NABA and the Brera Academy in Milan), conducting courses  examining design culture in depth.

The Museum of Contemporary Photography possesses 280 photographs by Mario Cresci, dating from the mid-sixties until recent years. Some of the works on display are from the Fondo Lanfranco Colombo (Lombardy Region). A part was kindly provided by the artist for this occasion.