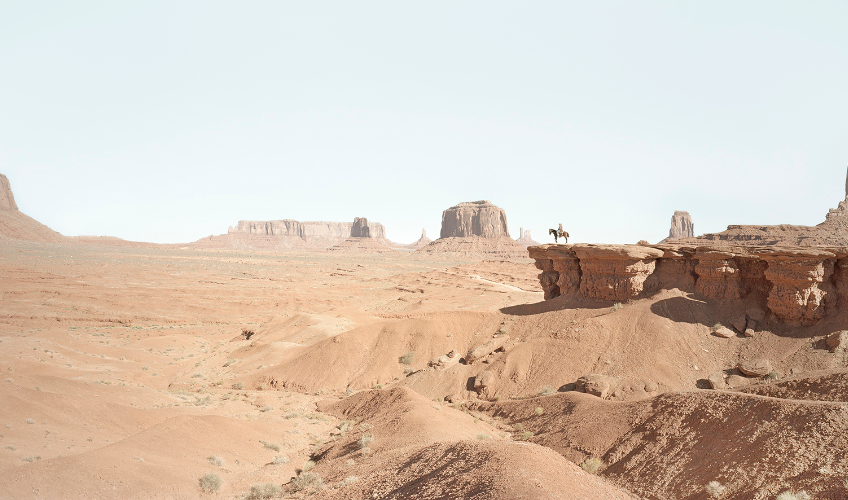 Realized with the support of the Directorate-General for Contemporary Creativity ot the Italian Ministry of Culture in the frame of the 10th edition of the Italian Council (2021).

The images of WEST, last Francesco Jodice project on the rise and fall of the American model and its image, are exhibited to the public for the first time at Galerie Le Château d’Eau, in Toulouse – France. The exhibition is accompanied by the book AFTER THE WEST edited by Lamaindonne in double edition French and English.

At the end of exposition the works produced will increase Museo di Fotografia Contemporanea collection.

WEST, by Francesco Jodice, has been selected among the winners of the tenth edition of the Italian Council, a program for the international promotion of Italian art by the Directorate General for Contemporary Creativity of the Ministry of Culture. The project is presented by the Museum of Contemporary Photography together with Galerie le Château d’Eau — Pôle photographique Toulouse, in collaboration with Arc en rêve centre d’architecture in Bordeaux.

WEST is a research project by Francesco Jodice that recounts the rise and decline of the American century, investigating the origins of the current crisis of the liberal model and, more generally, of the West in an arc between the start of the Gold Rush (1848) and the bankruptcy of Lehman Brothers (2008). Started in 2014, WEST consists of three long trips through some of the states where the gold rush took place: California, Nevada, Utah, Wyoming, Arizona, Colorado, New Mexico, Nebraska, Texas, with the inclusion of Mexican contiguous areas. The focus of the entire work is found at the crossroads between the peculiar geology of this area (one of the oldest geological structures on the planet) and the archaeological ruins (mines, ghost towns, utopias, complexes and abandoned infrastructure) of that season animated by an irrepressible search for immediate riches. Jodice’s photographs are interspersed with a series of archival images, “minerals and cultural debris” relating to the economic, geological, political and cultural history of the American century, cataloged as artifacts from an era that seems to come to its end, archaeology of the present that has already passed.

Thanks to the support of the Italian Council, Francesco Jodice will have the opportunity to conclude his research by carrying out the third and final trip, lasting two months, which will begin at Sutter’s Mill, 45 miles north-east of Sacramento in California, where the first gold nugget that baptized the beginning of the Gold Rush was found and will end in Madrid, a ghost town located 30 miles south-west of Santa Fe in New Mexico, reaching a total of about 35 stops between California, Nevada, Arizona, New Mexico, Utah, Wyoming and Colorado. The journey will be accompanied by a “performance in images” by the artist, who will start an unprecedented dialogue with the public through his Instagram profile. Day after day, Jodice will publish, commenting on them, images relating to geographies, places, texts, meetings, interviews, finds and finally the works of the project and the journey.

The journey to the south-west of the United States begins and ends on the south-western coast of France, through two different moments of presentation, discussion and enhancement at an international level . On October 31, 2022, a study seminar at Arc en Rêve (Bordeaux) will provide the artist with new theoretical materials intended to integrate and complete travel itineraries; in spring 2023 the Galerie le Château d’Eau (Toulouse) will host the WEST exhibition. Rise and Fall of the American Century, presenting the result of the entire project to the public for the first time.
At the end of the exhibition, the works produced will increase the collection of the Museum of Contemporary Photography.

Francesco Jodice (Naples, 1967) lives in Milan. His artistic research investigates the changes in the contemporary social landscape, with particular attention to the phenomena of urban anthropology and the production of new processes of participation. His projects aim at building a common ground between art and geopolitics, proposing artistic practice as civil poetics. He teaches for the first two years of Visual Arts and Curatorial Studies and the Master in Photography and Visual Design at the NABA — Nuova Accademia di Belle Arti in Milan. He is one of the founders of the Multiplicity and Zapruder organizations. He has participated in major group exhibitions such as Documenta, the Venice Biennale, the São Paulo Biennale, the ICP Triennale in New York, the second Yinchuan Biennale, and has exhibited at the Rivoli Castle, at the Tate Modern (London) and at the Prado (Madrid). His main projects include the What We Want photographic atlas, an observatory on landscape modifications as a projection of collective desires, the archive of urban stalks The Secret Traces and the trilogy of films about new forms of urban planning Citytellers. His most recent works — Atlante, American Recordings, WEST and Revolutions — explore the possible future scenarios of the West.

On October 31, at the end of the author’s last trip to the West, a study seminar curated by Francesco Zanot will take place at the Arc en Rêve Centre d’Architecture in Bordeaux. On this occasion, the images taken by Francesco Jodice and the materials collected during his research will be shared with a group of international experts in order to discuss their contents, meanings, readings and interpretations from different points of view: historical, geographical, philosophical, political, ecological.

Project realized thanks to the support of the DGCC of the Ministry of Culture as part of the Italian Council 2021, promoted by the Museum of Contemporary Photography, in collaboration with Galerie le Château d’Eau — Pôle photographique in Toulouse.