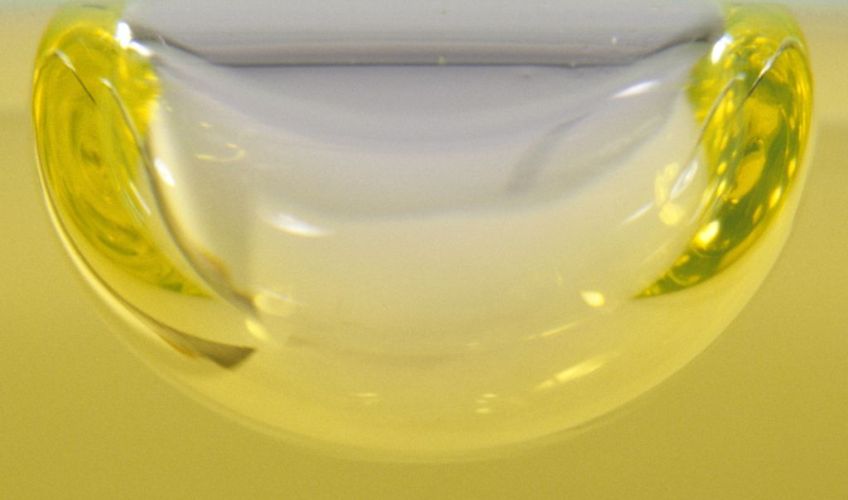 The show presents, for the first time in Italy, an important selection of works by Patrick Tosani, one of the most renowned contemporary European photographers in the ambit of artistic enquiry.

The title, The Shape of Things, indicates the particular way of setting up his shots and creating new meanings that the artist applies to everyday objects, presented from unusual points of view and greatly magnified, challenging the viewer with surprising, unexpected forms and spaces.

Through light, through the photographic study of the forms of objects revealed in their smallest details, through the sometimes monumental sculptural dimension of the images, and through the powerful analysis of volumes and space, the artist works towards the “fabrication of new objects”, an objectification of the world, in his words, whereby photography, used as an instrument not only of precise description of everyday life, but also of strengthening vision and challenging perception, becomes an object itself, an autonomous world with respect to reality. “The object is not what is in front of us”, says Tosani, “but that which strikes our senses“.

With this exhibition, the Museum of Contemporary Photography will participate in the XXI Triennale 2016. 21st Century. Design After Design. The Design of Globalization. This is the first step in a relaunch project by Mufoco that will soon lead to a reinforcement of the institutional structure through entry into the Museum of Contemporary Photography Foundation of the Triennale di Milano, with the participation of the Ministry of Cultural Heritage and Tourism, as well as the Region of Lombardy, which will collaborate with the Metropolitan City of Milan and the Municipality of Cinisello Balsamo in managing the institution. The exhibition Patrick Tosani. The Shape of Things commemorates this institutional agreement that will result in new strength and stability at the Museum of Contemporary Photography.

BIOGRAPHY. Patrick Tosani was born in 1954 in Boissy-l’Aillerie. An architect by training, after teaching at the Ecole supérieure d’art et design in Grenoble, the Ecole nationale supérieure des Beaux-Arts in Lyon and the the Ecole spéciale d’Architecture in Paris, he has been teaching at the Ecole nationale supérieure des Beaux-Arts in Paris since 2004. In the mid-1970s he began developing a photographic corpus at the center of which was the question of space and dimensions of things, while at the same time, through the representation of objects, bodies and clothing, he questioned the photographic process itself, its possibilities, its relation to reality.

There are many monographs dedicated to the artist, the most recent and important of which was published in 2011 by Flammarion, Paris.