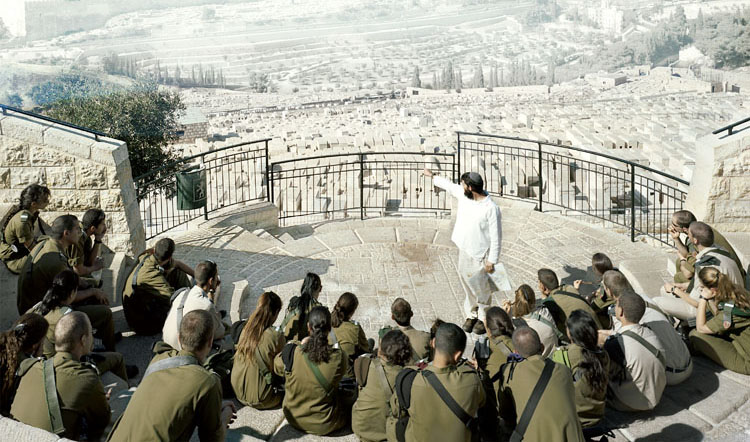 The exhibition season of the Museo di Fotografia Contemporanea is getting underway again, at its historic home of Villa Ghirlanda in Cinisello Balsamo, with an event entitled STATES OF TENSION | Explorations of the Collections. The curator Carlo Sala has been invited to “reinterpret” the museum’s various photographic collections, putting together a show made up of more than eighty works by Italian and foreign photographers and two site-specific interventions by young contemporary artists.

The decision to rely on a young curator and to host, on the occasion of the exhibition, the works of young artists represents a continuation of a policy the museum embarked on last year and that from 2018 will become a constant in its programming. Turning to the young through meetings, exhibitions and acquisitions makes it possible to resume a dialogue with photographers and other operators, to whom the museum offers itself as a place open to discussion and experimentation.

The title of the exhibition alludes metaphorically to the tension-traction to which society today is subjected in the face of momentous challenges and transformations: from climate change to flows of migration and the rise of new nationalisms.

Thus the exhibition project at the MUFOCO aims to propose unprecedented dialogues between images, both by drawing attention to the historical motivations for their production and by raising, through their collation, questions not originally considered by their creators and which can serve as an ideal centre for reflection on the present and on the past, as well as on the political and social function of the image.

The exhibition is divided into two chapters, in each of which the discourse commenced and developed through the works present in the collections is concluded by an installation created by up-and-coming contemporary artists, providing a sort of retrograde key to the interpretation of the chapter and at the same time an unexpected amplification of its themes.

The exhibition proper is symbolically preceded by a display of photographs from two of the museum’s collections, many of which have never been shown before: those of Grazia Neri and Klaus Zaugg. The images selected from the former collection (Grazia Neri is a historic Milanese photojournalism agency), are a miscellany of photographs of events in Italian and European history, centring on the theme of dissent and individual revolt in an attempt to change society. These images are presented alongside advertising campaigns realized in the 1980s by the fashion photographer Klaus Zaugg, characterized by a marked hedonism, with the aim of triggering an unexpected short-circuit in the relationship between two contrasting faces of the same society: on the one hand civil engagement and on the other the iconography of consumerism.

The first chapter looks at the way forms of exclusion (for political, racial and economic reasons) have lain at the root of the social tensions that have characterized our society from the 1970s up to the present day. The section begins with some photographs of social subjects: portraits by artists like Letizia Battaglia, Lisetta Carmi, Leonard Freed, Arthur Tress and Michi Suzuki, culminating in Mario Giacomelli’s series Death Will Come and Will Have Your Eyes (Verrà la morte e avrà i tuoi occhi). The theme is then developed metaphorically with the works of Paolo Gioli, Paola Di Bello, Mario Cresci, Francesco Jodice and Joan Fontcuberta. The latter’s image Homeless, of a conceptual nature, has been created using free photo-mosaic software available from Google.

The first chapter ends with Paolo Ciregia’s site-specific installation entitled Scratch (Graffio), alluding to the clashes of the recent conflict between Russia and Ukraine and bringing to the surface the tension underpinning all the images in the first section of the exhibition.

The second chapter shifts the attention instead onto the landscape, in the light of the current debate over the Anthropocene – the name given to the new epoch in which human culture is exercising a dominant effect on the geology and ecology of the Earth – and of global politics. The section is composed of a sequence of images that speak of the modification of the landscape since the end of the 1970s, reflecting the dichotomy between industrial world and rural world, the emergence of a hybrid landscape and humanity’s continual meddling in nature.

The section opens with Gabriele Basilico’s celebrated series Milan: Portraits of Factories, presented in dialogue with some pictures taken in Milan by the British photographer Paul Graham. It continues with Olivo Barbieri, who focuses on the changes that have taken place in small country towns and the photographs of marble quarries taken by Mario Cresci at the end of the 1970s. The large group of photos by Luigi Ghirri creates instead a sort of “installation-picture gallery” made up of images from various series that establishes a dialogue between his more idyllic visions of landscape and some conceptual ones. Francesco Jodice, with the pictures of a commission carried out in the early 2000s, also turns his gaze, at once ironic and critical, on a hybridized landscape. The photographers Peter Fischli & David Weiss, Vincenzo Castella and Marina Ballo Charmet offer different perspectives on the city, looking at the effects of progress or at the common and popular imagery of Milan. This is followed by the American Roni Horn’s exploration of the unspoiled nature of Iceland.

The section closes with Karma Fails, the intervention carried out by The Cool Couple collective, which questions the contemporary use to which meditation is put through the juxtaposition of small Zen gardens with images of imaginary landscapes that are an iconography of the Anthropocene.

Carlo Sala (Treviso, 1984) is an art critic, curator and lecturer in the master’s degree course in Photography at the IUAV University in Venice. He is a member of the board of curators of the not-for-profit Fondazione Francesco Fabbri, where he is responsible for curation of the Francesco Fabbri Award for the Contemporary Arts and the F4 / un’idea di Fotografia festival. In 2010 he and Nico Stringa curated the Venetian Pavilion at the 12th Venice Biennale of Architecture, entitled People Meet in Architecture. His essays and critical writings have appeared in various publications brought out by, among others, Allemandi, Marsilio, Mimesis, Bruno Mondadori and Skira.

STATES OF TENSION | Explorations of the Collections
Curated by Carlo Sala