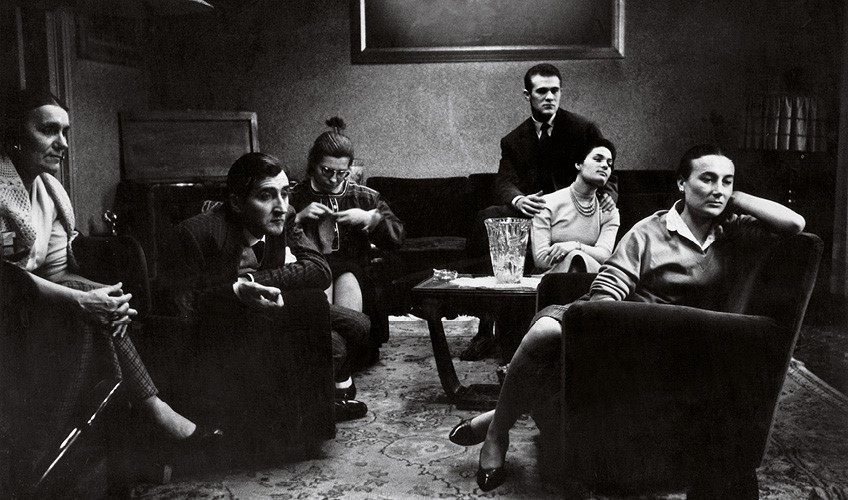 The exhibition is intended as a tribute to the photographer Ernesto Fantozzi (Milano, 1931) and the beginning of an enhancement, study and cataloguing work on his archive, recently donated to Museo di Fotografia Contemporanea.

“This photograph is authentic testimony of a spontaneous situation” is the manifesto phrase meticulously pinned by Ernesto Fantozzi on the verso of each print. A few words that express his idea of documentary photography which distances itself from aesthetic formalism, rooted instead in reality.

Fantozzi studied photography as a self-taught photographer and joined the Circolo Fotografico Milanese of which he is still an Honorary and Benefactor Member.He photographs from the end of 1950 until first years of 1970s and after a 20-years break, he resumed his activity, and is still active toda.At the end of 1965, together with Carlo Cosulich and Mario Finocchiaro, he founded ‘Group 66’, made up of amateur photographers with a common ideal and objective: to practice a realistic and documentary photography, evidence of reality. The black&white reportages of Fantozzi, tell the less conspicuous and more ordinary aspects of life. He documents the city of Milan and its hinterland, dwelling on the urban and suburban landscape and the story of social life within the metropolis, focusing on the habits, relationships and people that flow through it and intertwine. In his photographs, layered and dense with detail, tradition and modernity, the old and the new, coexist. With quick vision and profound intuition, he captures the spontaneity of gestures and expressions, the decisive instant charged with meaning that makes the photograph emblem of a situation.

In 2002, he was named ‘Author of the Year’ by the Federazione Italiana Associazioni Fotografiche (FIAF) and a year later received the title ‘Master of Italian Photography’. His work has been exhibited at various institutions and published in magazines and volumes. His photographs are housed in public and private collections in Italy and abroad, including MoMA and the Metropolitan Museum in New York.

The exhibition retracing his entire production and restoring the periods of his activity through two different viewing modes. The prints tell the 1960s; a projection presents photographs from the 1990s and 2000s. The exhibition is completed by a documentary and bibliographical apparatus showing archive materials of the author and some of the numerous publications in which his work has been presented from the 1960s to the present day.