Along with the work installations by Adrian Paci and with the projects created during the residency in Gibellina, the program of the festivals involves the exhibition of the images by 10 photographers, also selected under an international call. The exhibition of these works is realized with different materials and arrangements depending on the choices made by the artistic direction of each festival.

Robert Adams, Mile End Rd. Tower Hamlerts. The Observation of trifles. East London. UK. Photography Carlos Alba. The observation of trifles is a photographic project about how a foreigner can try and find his way in a new country and a new neighbourhood. I am the immigrant. Taking objects that I found on the streets and using them as a kind of visual archaeology, I discovered East London and it denizens. I am focusing on the neighbourhoods of Tower Hamlets and Hackney. I live on the border between both councils. According to recent statistics, they are the both the poorest and the trendiest neighbourhoods in London. Owing to their ongoing gentrification, you can find a strange mix of identities, social classes and cultures there.The combination of objects with photographs helps me to introduce to the audience my work through a more physically way and with a mystery feeling. Thanks to these elements I am making an analytic and expressive world: Urban furniture reproductions; Landscapes of council houses created between 50s and 70s for Londoners and immigrants with low rents; Details of letters with notes, draws… But the most important is the people who I met thanks to signals and ways that I am following because of the objects that I found on the street. They are the key to open an unexplored world and new life stories.The observation of trifles is a work that is at the crossroads of the Collection, History, Architectural document, visual and social analysis. I have attempted to do not forget the photographic aesthetic and the photographic poetic value. 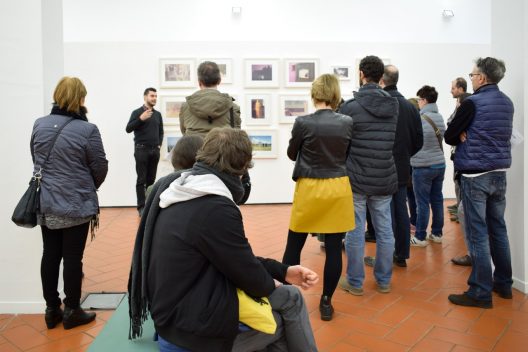