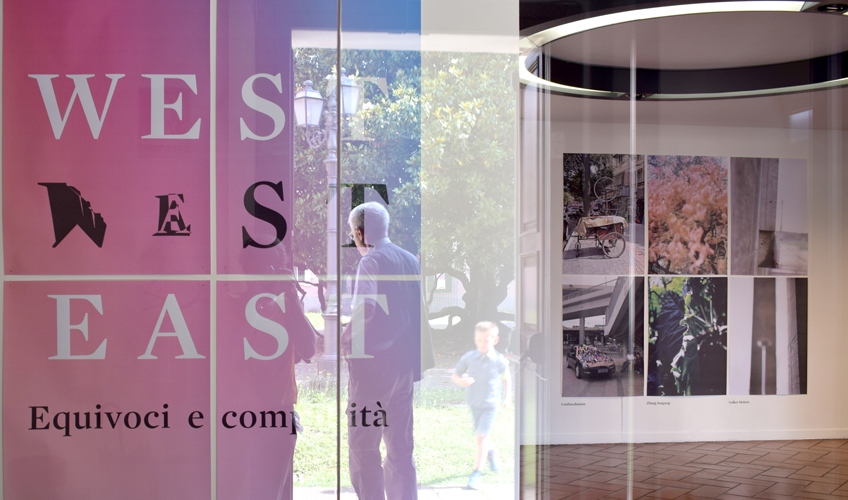 a project by GENDA magazine

The relationship between the West and the East explored through photographic images is the main theme of the new exhibition West East. Misunderstanding and complicities, from a project developed by GENDA magazine.

To explore the most modern language of photography in a markedly international environment – after a period of activity characterized by intense work on the collections and by projects carried out in collaboration with the community – the Museum is inviting the public to immerse themselves in the kaleidoscope of images selected by GENDA magazine: a captivating and mysterious dialogue, the visual expression of a globalized and at the same time fragmented world.

GENDA, conceived by Amedeo Martegani and Silvia Ponzoni in collaboration with Teresa Piardi, Alberto Sinigaglia and Stefano Graziani, was born as a concept magazine to investigate the most current trends in international photography in light of a fluid dialogue between the West and the East characterized by unpredictable associations, opposites and analogies, misunderstandings and points of contact. The very choice of the title, Genda, is a paradigm of these continual shifts between cultures: Genda is a western distortion of the common Chinese expression zhenda (which can be translated as “really?”), but also of the name of the flower, used in Hindu rites.

The exhibition project fills the entire space of the Museum with about 180 images spread across three floors according to the themes of the magazine: Landscape as Abandon; Body as Packaging; Animals as Permanent Followers. The photographs on display were taken by all of the 57 artists presented by GENDA and have been printed on a single standard 70×100-cm module, as is usually done in the pages of books and magazines.

The collaboration with GENDA will end with the production of a new issue of the magazine (Endless Scenarios), which will be presented at the Museum next autumn during the exhibition’s closing event.

It’s the first public museum of photography in Italy. The mission is the conservation, cataloguing, study and promotion of photography, with a particular focus on the relationship between photography and other arts and the current technological transformations.
OPENING TIME
MUSEO
wednesday, thursday, friday 3.00-7.00 p.m.

This website uses cookies to improve your experience while you navigate through the website. Out of these, the cookies that are categorized as necessary are stored on your browser as they are essential for the working of basic functionalities of the website. We also use third-party cookies that help us analyze and understand how you use this website. These cookies will be stored in your browser only with your consent. You also have the option to opt-out of these cookies. But opting out of some of these cookies may affect your browsing experience.
Necessary Always Enabled

Any cookies that may not be particularly necessary for the website to function and is used specifically to collect user personal data via analytics, ads, other embedded contents are termed as non-necessary cookies. It is mandatory to procure user consent prior to running these cookies on your website.